Using yoga principles of breathing, moving, and meditating, heart yoga integrates the body, mind, heart and spirit to help connect with oneself and the world around us.

Restorative yoga is slower where yoga movements are held for minutes at a time to focus on breath and relaxation. Sometimes yoga blankets or bolsters are used to support the body to foster recovery/restoration.

Vinyasa yoga focuses on the flow of transitions by linking breath with movement.

The focus of heart yoga is to deepen our connection to ourselves, our body, and the spiritual world around us by strengthening our dual nature (masculine & feminine; spirit & matter) and thus empowering our innate capacity to weather the challenges in our lives (counselling) while envisioning and actively planning for bright skies ahead (coaching).

As Bessel van der Kolk described in his book, The Body Keeps the Score, yoga is a means to learn to inhabit one’s body after trauma. When we are overwhelmed by trauma, our body can disconnect from its physical sensations, whether in hyper or hypo arousal, so it doesn’t have to feel the pain. Over time, we lose our interoceptive awareness or perception of sensations from within our body.

Rather than focusing on the external form of the yoga movement, TCTSY looks inwards to the internal experience or felt sense of the movement. When a client can reconnect with their body and make a choice based on the signals they’re receiving from within, a client can restore their sense of agency, which is often taken from them as a result of experiencing trauma.

According to Porges’ Polyvagal Theory, when trauma occurs, our body mobilizes itself by engaging the sympathetic nervous system to protect itself by avoiding danger. When individuals are struggling with anxiety, chronic stress, or PTSD, their hyper-arousal may benefit from engaging the parasympathetic nervous system with restorative yoga in order to return back to their window of tolerance and engage with the therapist to continue their therapeutic journey of reprocessing traumatic material. With cPTSD, clients may not have adaptive experiences in their lives to reconnect to and thus learning this new felt sense in their body is a way to create these adaptive experiences in order for our body to use these to reprocess traumatic material.

The polyvagal theory indicates that during our trauma response, if our sympathetic nervous system response does not achieve a sense of safety, our body will immobilize itself to shut down (numb out/disconnect) in order to survive by feigning death. In that case, restorative yoga may be beneficial to reconnect and engage the felt sense of the body in a gentle manner so we can return to awareness, re-enter our window of tolerance, and engage in the therapeutic process.

When clients are struggling with hypoarousal, depressive symptoms, or attachment difficulties, vinyasa flow yoga can be utilized in therapy to re-engage the sympathetic nervous system to help the client return back to their window of tolerance. Flowing together also helps with co-regulation to engage the social regulation system of the two nervous systems working together in the trusting and safe environment of the therapeutic relationship.

Heart yoga practices like breathing, moving, and meditating are incorporated into coaching sessions in order to help reconnect clients to their sense of self, discover who they are now (and what is truly important to them at this stage of life), and identify inherent strengths to help them clarify goals and action plans to bring their experience of life into alignment with their values so they can experience joy, peace, and a meaningful sense of purpose.

TCTSY practices combine trauma theory, attachment theory, neuroscience, and modified components of hatha style yoga, to help clients rebuild their interceptive awareness. Using invitational language, clients choose how they want to engage in a series of physical forms or movements based on a felt sense in their own body. These practices can be utilized while sitting in a chair or on a yoga mat in the therapeutic environment.

Restorative and vinyasa yoga practices are also added to the therapeutic sessions during the preparation and reprocessing phases of EMDR while sitting in a chair, using a yoga mat, or while siting on a comfortable rug in the therapeutic environment.

Heart yoga was developed by Andrew Harvey and Karuna Erickson in Nelson B.C., co-author of Heart Yoga: The Sacred Marriage Between Yoga and Mysticism with Andrew Harvey founder of the Institute of for Sacred Activism.

TCTSY was developed at the Trauma Center in Brookline Massachusetts by Jenn Turner and David Emerson and is a program of Centre for Trauma and Embodiment at Justice Resource Institute.

Restorative and vinyasa yoga practices have been around for thousands of years in Indian, Chinese, Mayan, and Tibetan cultures. Yoga (capital Y) is a Hindu theistic philosophy to suppress the body and mind in order for the self to realize its separateness and thus its freedom. Yoga (lowercase y) is a system of postures, breathing, and meditation that was derived from Yoga and has been practiced in Western cities to promote physical and emotional well-being.

When working with cPTSD, the choice to connect to one’s breath and movement in order to reconnect with and feel safe in one’s own body is the primary goal (and thus aligns with the true meaning of yoga – to join). Depending on the client and their needs/goals, a continuation of that journey to strengthen their union with self and their spiritual well-being to join their will to the collective will, is also a possibility. Traditional Yoga principles are not brought into the therapeutic process unless the client arrives with that intention. Otherwise, yoga forms are utilized with choice to reconnect with breath and body to arrive safely in the therapeutic process.

Julie Long has 40 hours of foundational TCTSY training, is a 200 hour yoga teacher-in-training, and is a candidate of the 300 hour TCTSY Certification Program. 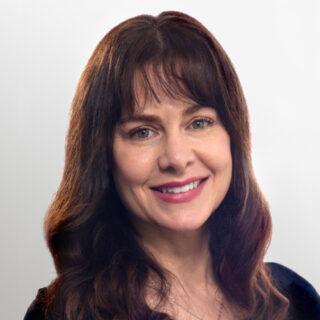 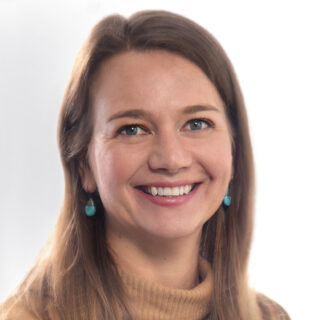